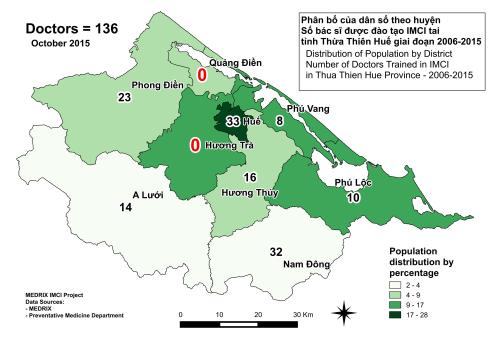 Robert Catherman does the good work of enabling college students around the world to learn modern GIS techniques using open source software. Working with MEDRIX, a Redmond-based non-profit humanitarian organization, Catherman has spent the last few years developing a four-volume GIS curriculum paying special attention to English syntax so the text can be easily translated into other languages. Catherman was a guest lecturer at Hue University of Sciences in Vietnam where an instructor has translated the curriculum into Vietnamese. The curriculum was published in English this summer, with the first download by a PhD student in Cameroon. The curriculum can be freely copied and adapted for noncommercial purposes according to the terms of its license.

As an additional aid to the undergraduate GIS class at Hue University, Catherman is raising funds for two computers to populate the nascent environmental science department computer lab, where most students cannot afford to provide their own computers.

Robert Catherman is an active member of the Open Source GIS community in King County. He regularly attends the Puget Sound QGIS User Group, and will be giving a presentation October 6th at the 2019 Fall Fling organized by the Cascadia Users of Geospatial Open Source (CUGOS).

Paul McCombs is a GIS analyst in the KCGIS Center Spatial Services group.